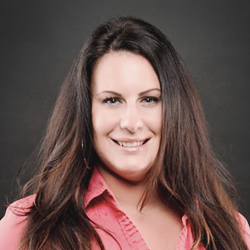 A Word From DJ KStones

I put together and participated in an event called Soundfest. I organized 25 DJ's from all over the state to showcase their music stylings and to perform on one of the largest stages in the area. The whole community came together, there was a great turnout, and all of the DJ's united for one purpose. To pay homage to MUSIC.

An East Carolina University Alum with a double major in PR and Broadcast Performance, DJ KStones has been described by Carolina Promoter magazine, as one of the hottest female DJs in the nation. Many of you have danced to DJ KStones tunes at many venues up and down the east coast, even if you do not recognize the name. With a long list of accolades including, the recipient of the 2011 Carolina Music Awards DJ of the Year and the 2011 Raleigh Downtowner Favorite DJ; DJ KStones has been rocking the hottest parties & planning some of the triangles most elite events including: Soundfest, M.A.D, Pretty in Pink, charity events, and breathtaking weddings.

A seasoned entertainer, K Stones is highly sought for every type of event. Being called by many “the hardest working DJ around”, her resume is extensive. For the last four years, she has also been a part of Scratch Events and Scratch Academy based in New York, LA, and Miami. Working for Scratch, she has DJ’d for the likes of Ann Taylor, Mac makeup, Sephora, Madewall, CIAA, Kate Spade, InStyle Magazine, Teen magazine, and many more.