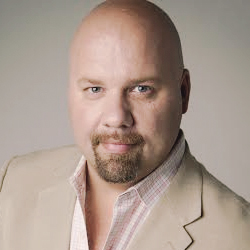 A Word From DJ Mike Morse

The first time I heard Kidd Kraddick on the air, I had my ‘so THAT’S how radio should be done!’ moment,” said Morse. “While most people remember him as a tremendous radio personality and innovator, I think his greatest achievement was choosing the right people for his show and his network. The cast of the Kidd Kraddick Morning Show and the staff at YEA Networks are the best in the business, and I’m honored to continue my idol’s legacy as a part of his team.

DJ Mike Morse’s passion for broadcasting began when he was a DJ, and ultimately the general manager, of his Hampden-Sydney College radio station, WWHS 92.1, in Virginia.  After a six-year stint in promotions, weekends and mornings with Bill & Sheri on Mix 101.5 in Raleigh, Mike co-hosted and executive produced Bob & The Showgram on G105, where he enjoyed nine more years of unprecedented ratings success.  Mike later parlayed his success on G105 and My Carolina Today into his role as the executive producer / show director of the nationally syndicated Kidd Kraddick Morning Show.

DJ MIKE MORSE IS AN AWARD WINNING DJ, Radio Host, and TV Personality who has been a professional DJ for over twenty years. Mike specializes in DJing and Emceeing wedding receptions, live radio broadcasts, and performing on-stage with national recording artists. DJ Mike Morse is known for his distinctive style of mixing multiple genres of music, and always creating a “fun, party atmosphere” for even the most diverse crowds. Be the envy of all of your friends when you hire Celebrity Wedding Reception DJ Mike Morse!